Halfway through my interview with twenty-two year old artistic director and dancer Eliza Copper I realise that she is something of an ‘old soul’. By this I mean she possesses a certain quiet wisdom and self-awareness alongside a remarkable appreciation of the collaborative power of working with others. To say she is beyond her years is an understatement. Her description of how she pulled together the concept and execution for Lee Mathews’ resort collection video is a case in point.

“I wanted to work with dancers that I know and trust to improvise – not overthinking but rather tapping into a sort of animal instinct”, says Eliza.

But even improvisation has its ground rules she explains, “It might be that you don't make linear movements, it always has to be a curve, or that you can’t imitate another dancer. Everyone has to find the essence of their character.” 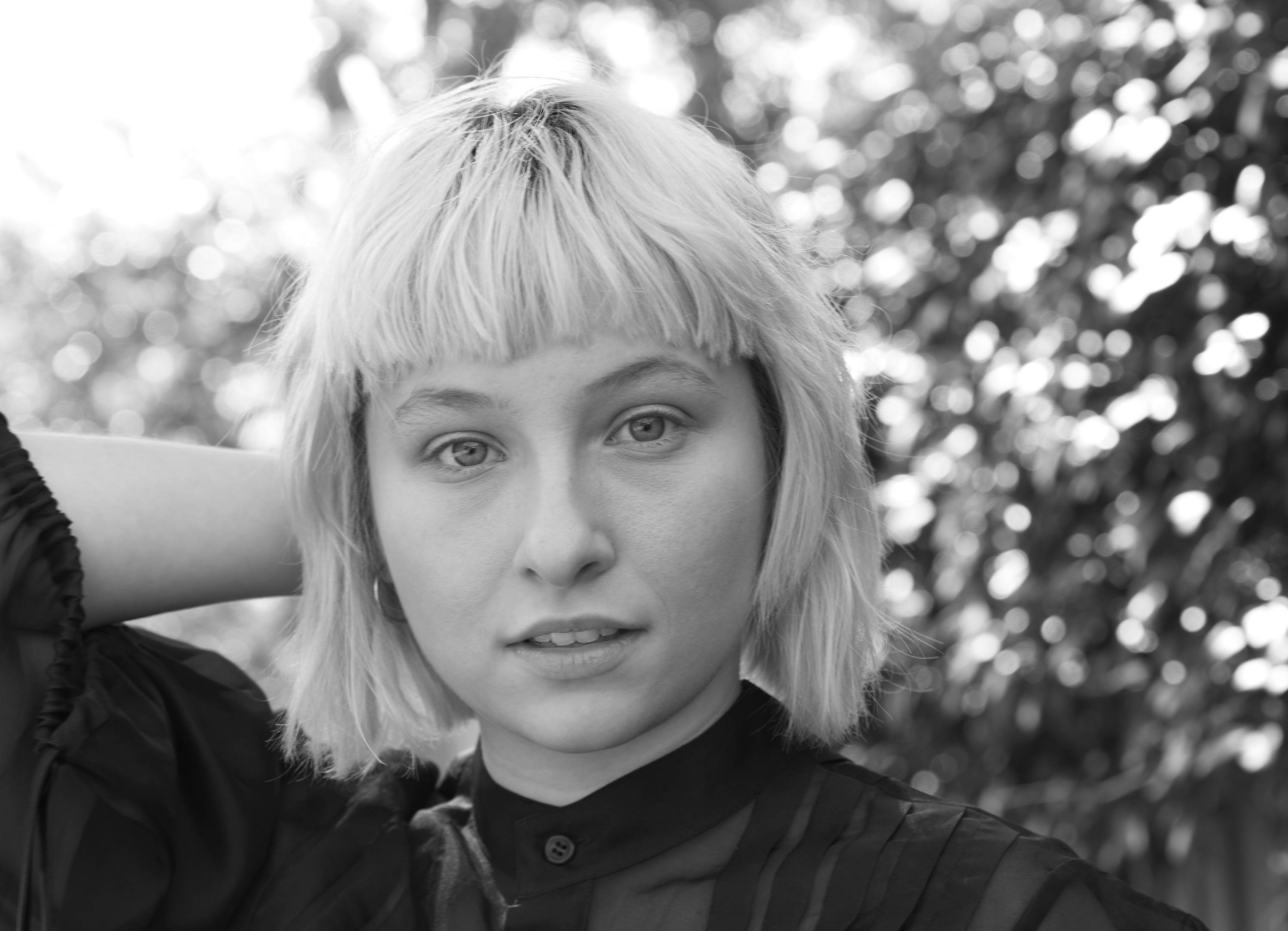 After training for many years in classical ballet and jazz, with the goal of perfection, at the Newtown High School of the Performing Arts, she got a place in the prestigious Sydney Dance Company Pre-Professional course with its daily challenge of three hourly improvisation sessions. “While it was incredibly hard, almost like unlearning what had been so hard won, I gradually found the ‘deciding as you go’ aspect of improv became addictive”, she admits.

Pushing herself in this direction even further she auditioned, and was accepted, into the Kibbutz Contemporary Dance Company MASA Dance Program under the artistic direction of Rami Be’er. “For five months I was based in Kibbutz Ga’aton, a remote village in the north of Israel near the border with Lebanon,” she says, “It is a dance form that has its foundation in Jewish Folk dance and the movements can be intentionally animalistic, awkward and even ugly.” 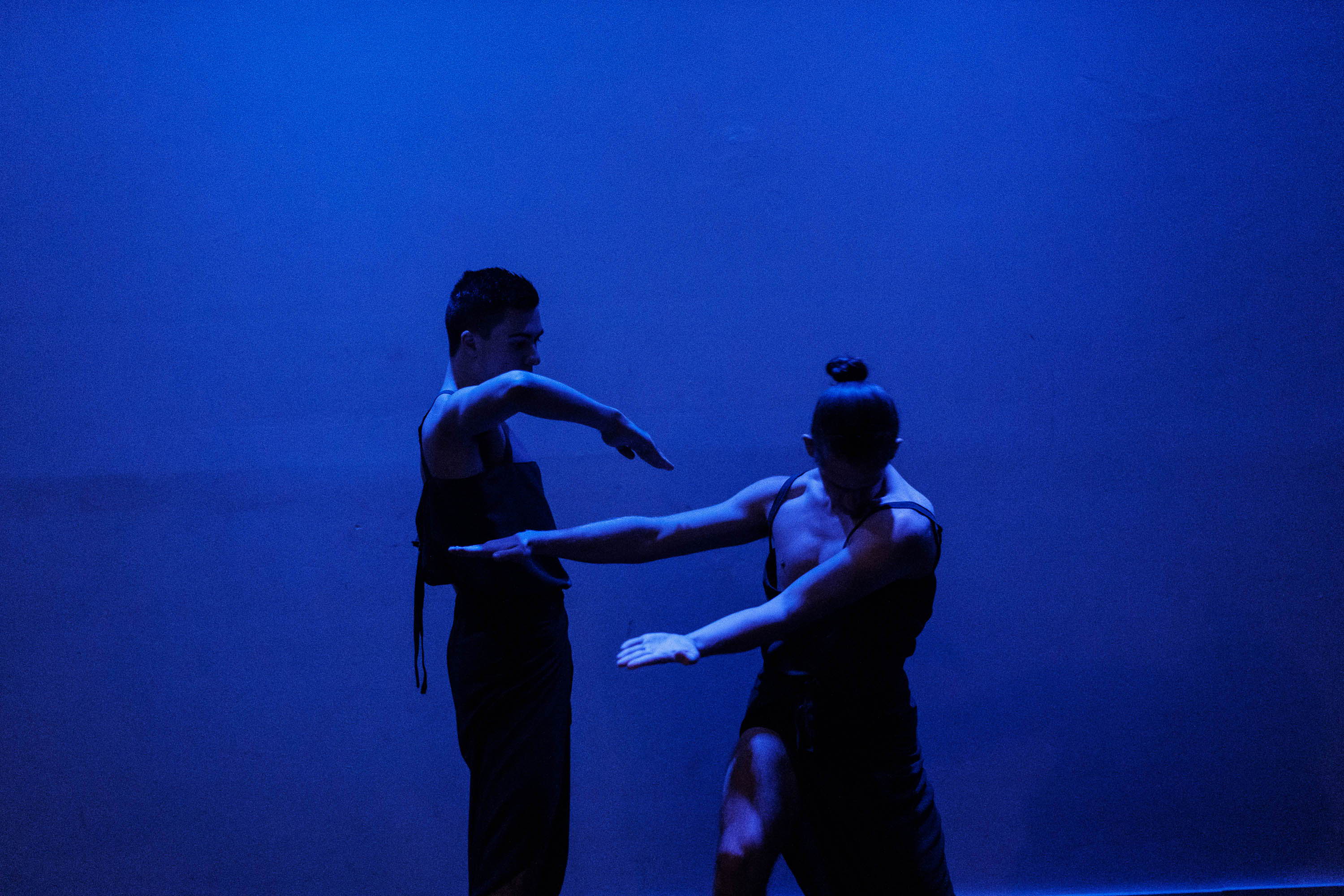 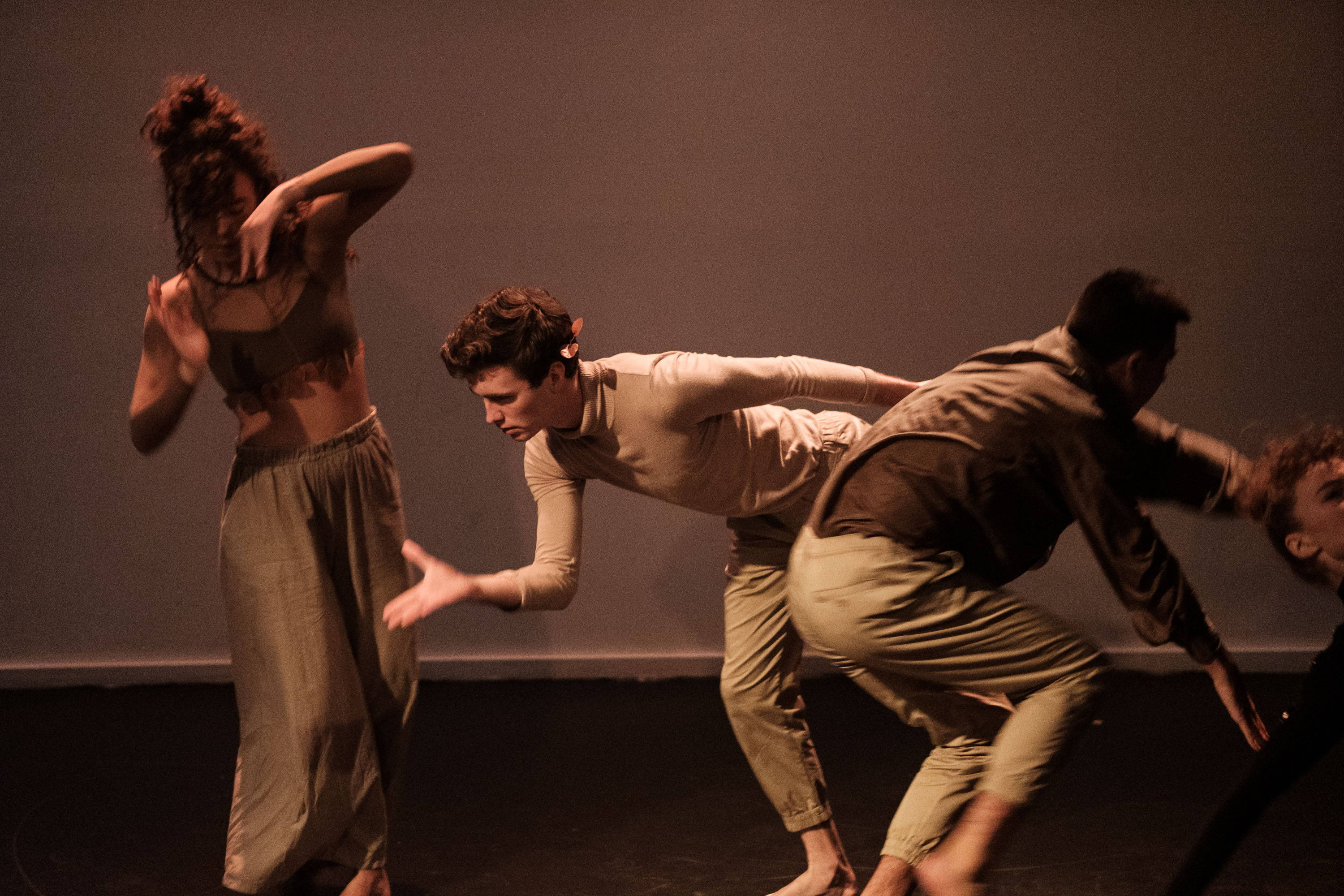 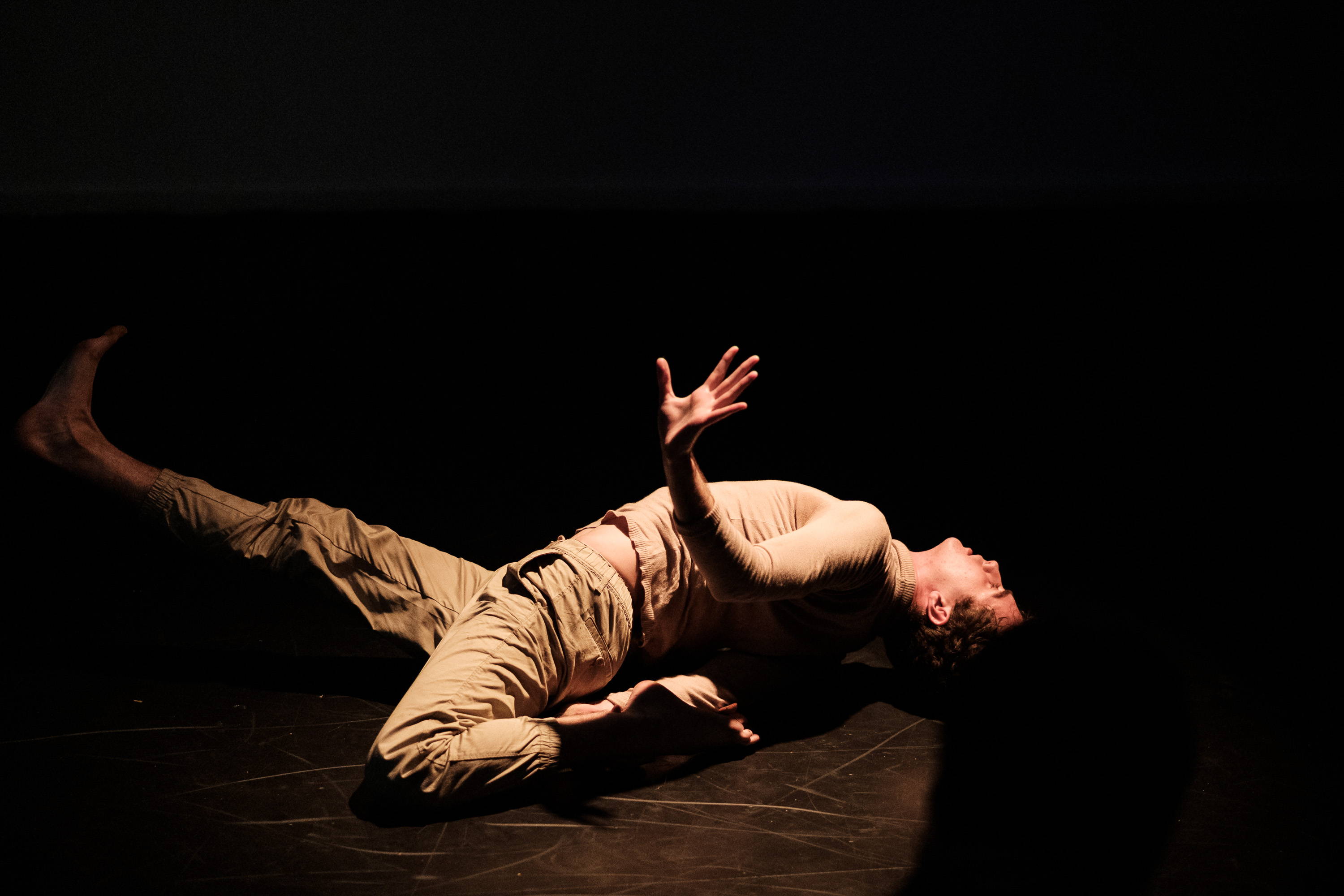 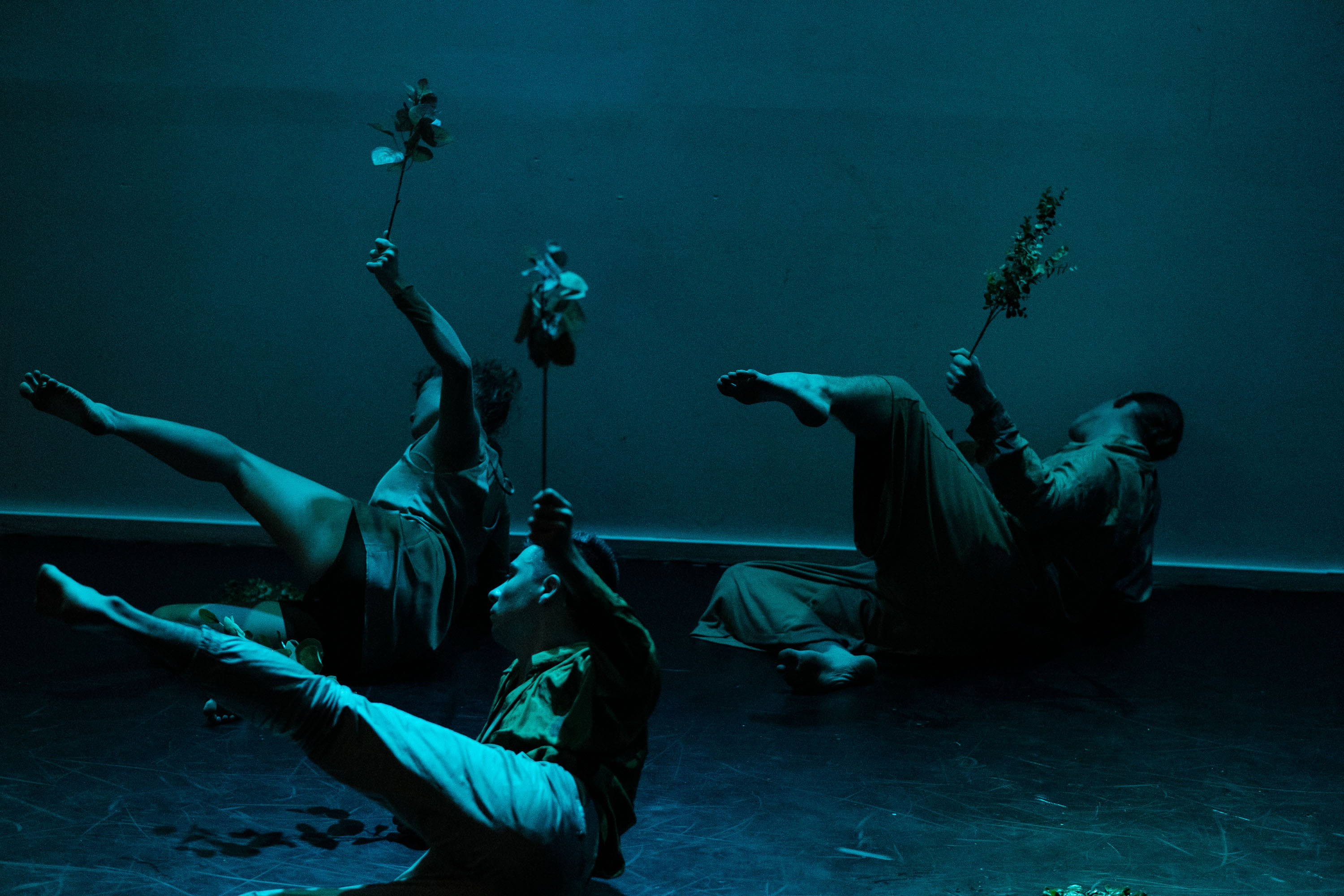 Getting there was a challenge in itself, working in several jobs to save the money to attend. “I also piled on 15 extra kilos between the audition and arriving in Israel and so felt I had to work extra hard so show what I was capable of,” says Eliza. She followed this with a month in Tel Aviv taking ‘Gaga’ technique classes, the improvisation technique developed by Ohad Naharin, former artistic director of Batsheva Dance Company. Watching some of this performance online, it shows incredibly powerful and controlled work with attention to detail matched by movements that jerk and jar to produce a strange and alternative beauty. 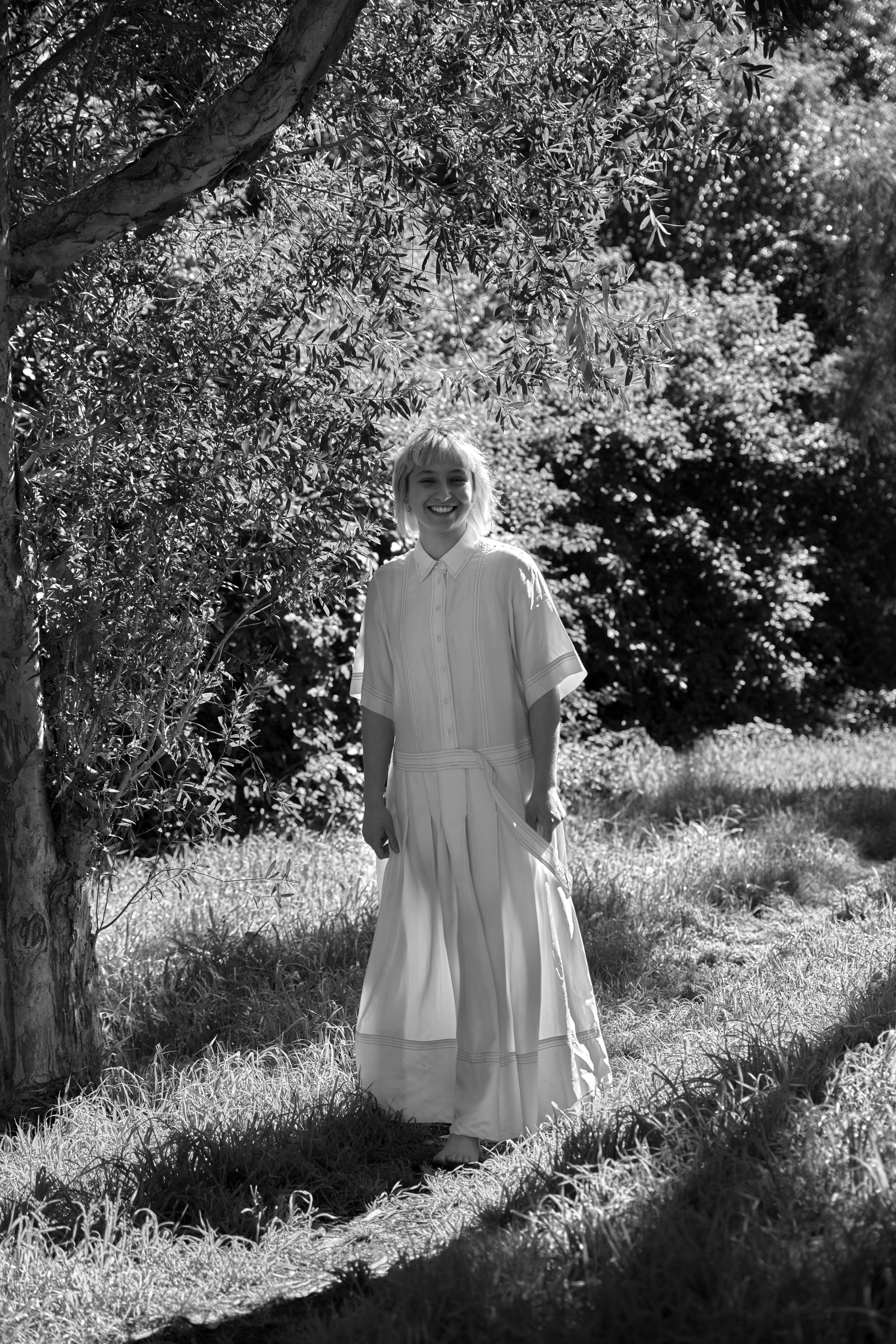 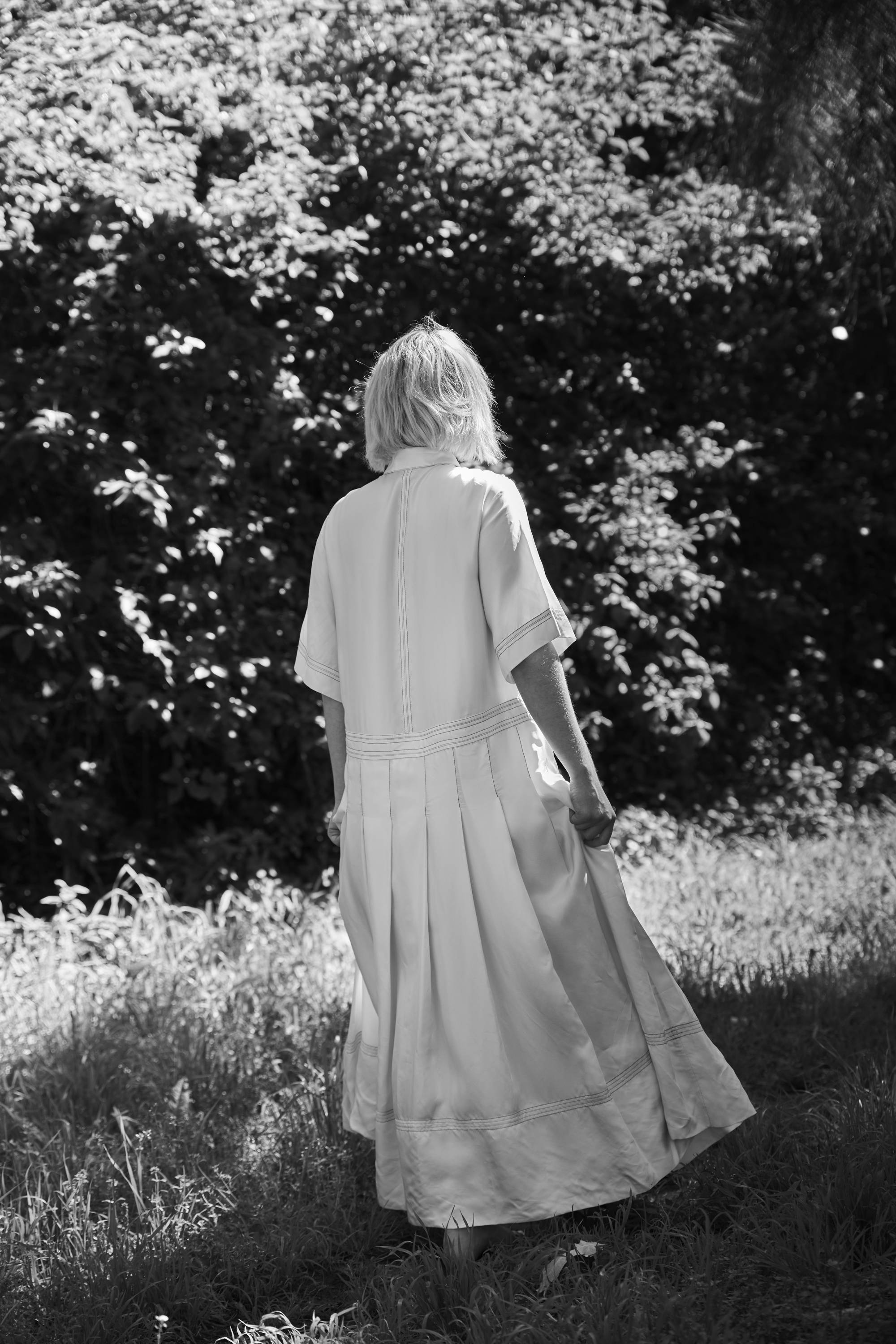 The life of a dancer, as with any professional creative pursuit, has times of intensity and times of quiet and Eliza found herself missing the collaborative nature of working with others. She found a space to rent and set up her own independent contemporary dance company the (Sydney Experimental Arts Ensemble (S.X.A.E) where she is Artistic Director. With an ability to ‘visualise vividly’ she tuned into themes of biology and nature to produce a piece called Old Life/ Dead Life, first performed at the Old 505 Theatre in Sydney’s Newtown, which looked at the merging of cells, of extinction through to chaotic abundance, of decomposition and revival. “A professor of Astrobiology at University of New South Wales saw the show and wanted his students to experience it, to give them a better sense of the passage of time in evolution, and another performance was funded,” says Eliza. 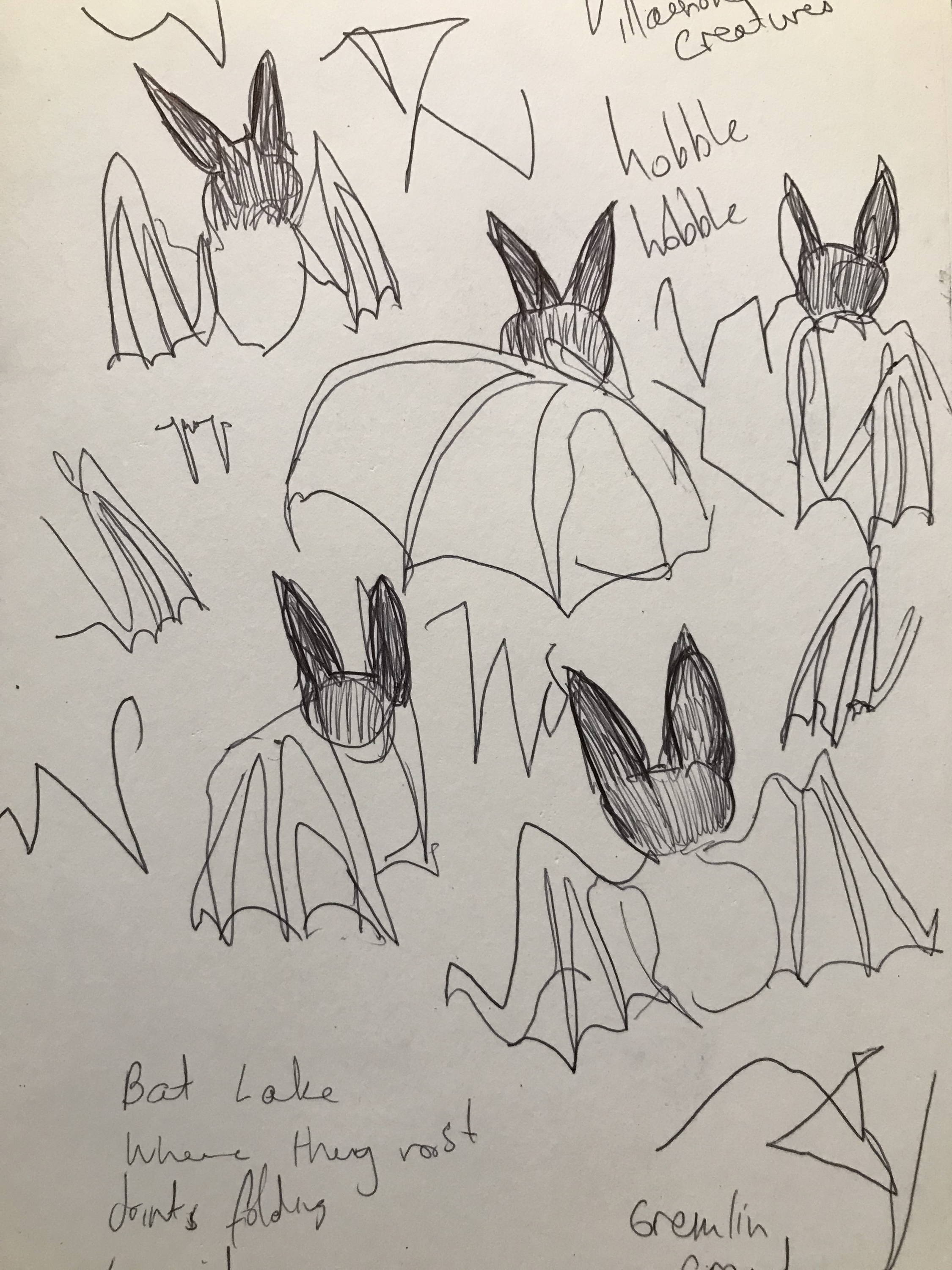 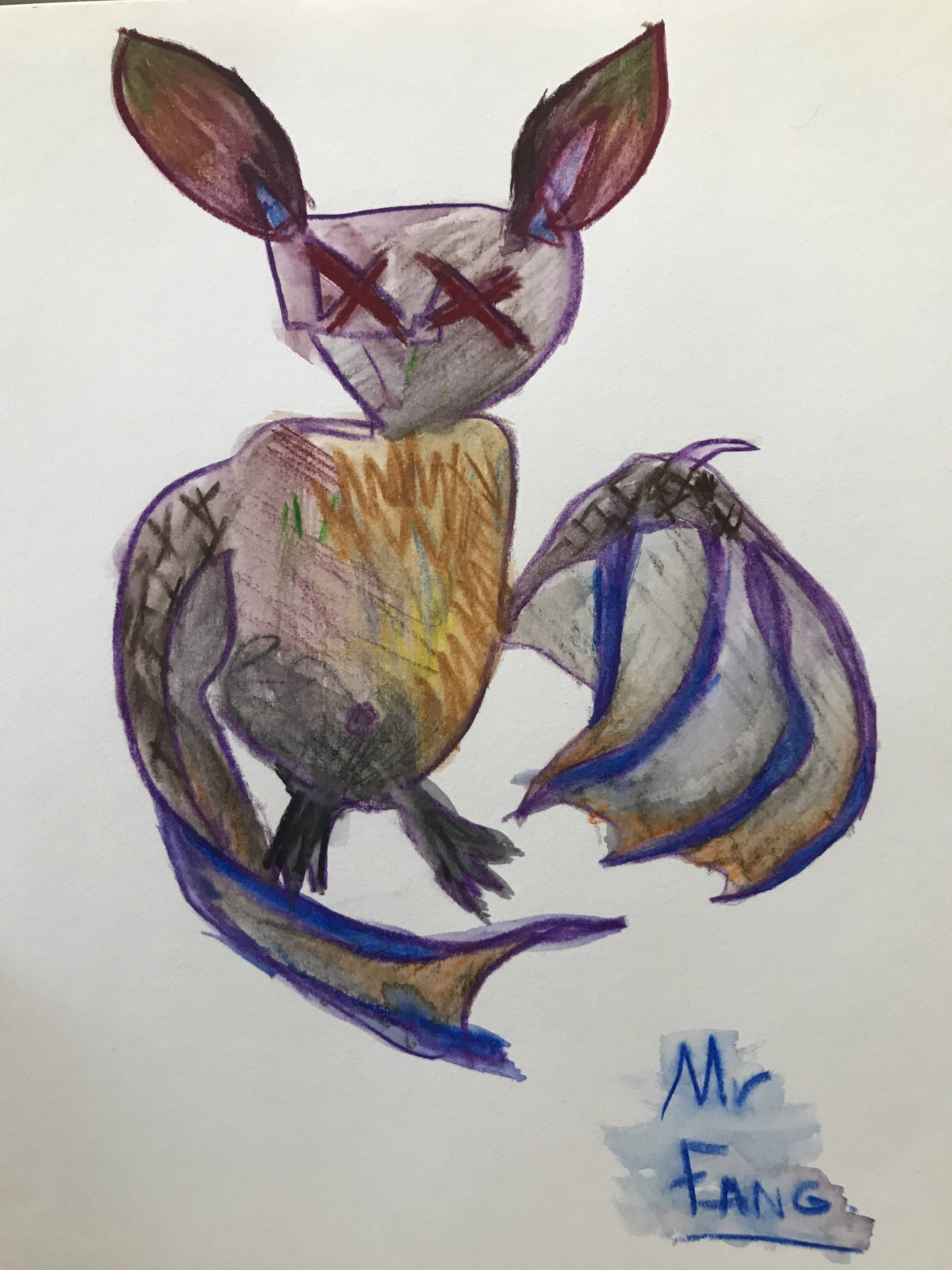 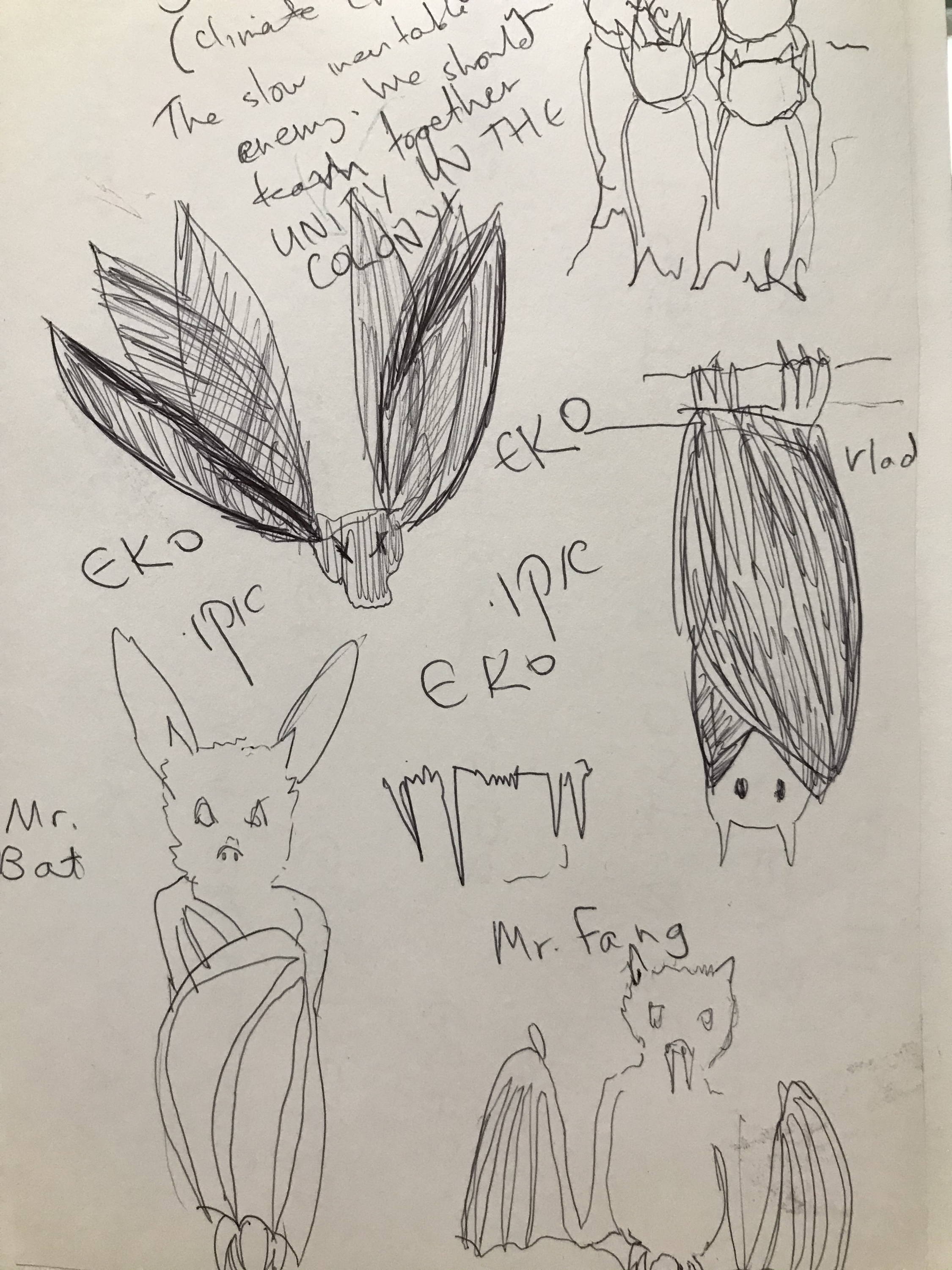 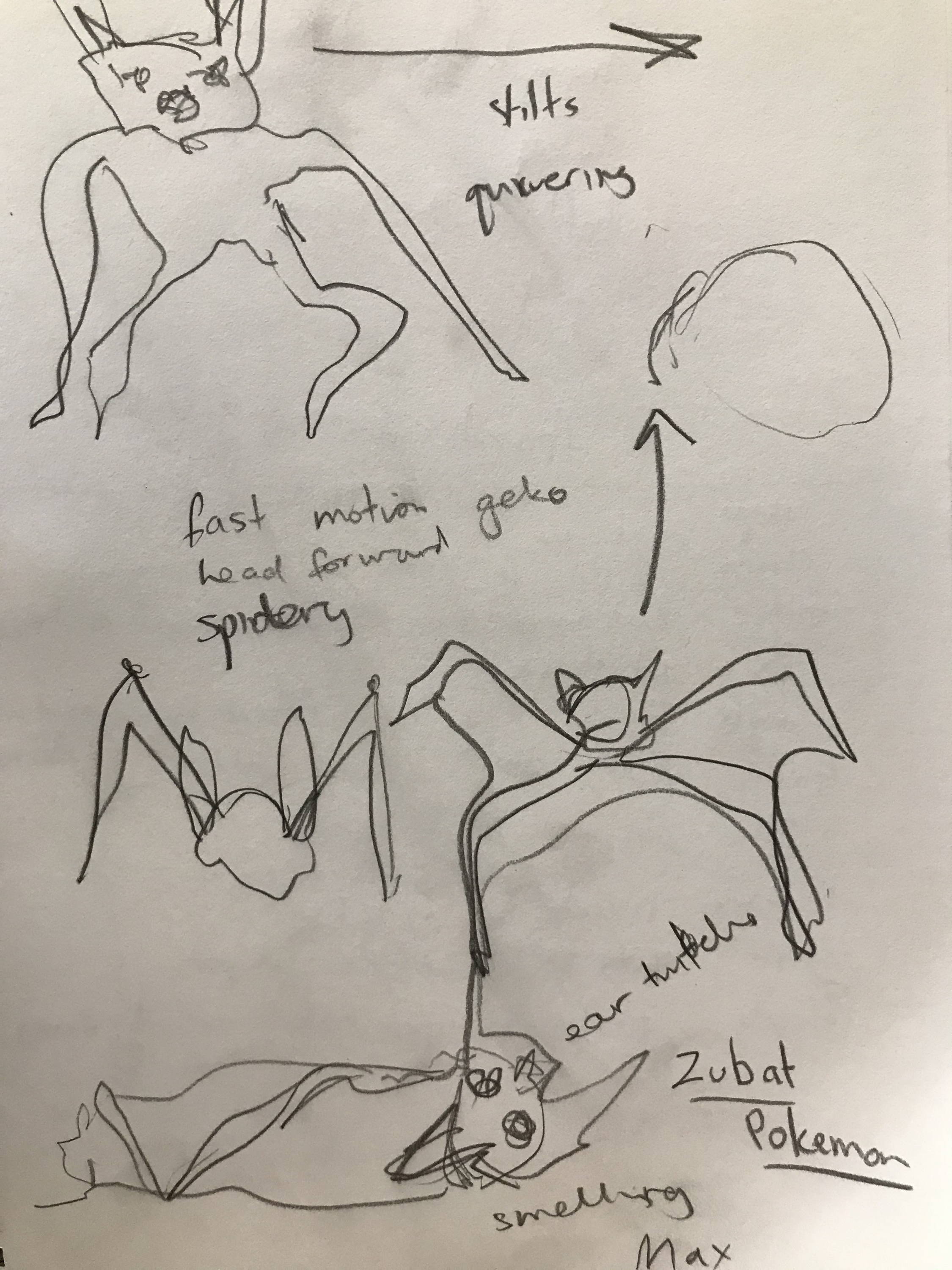 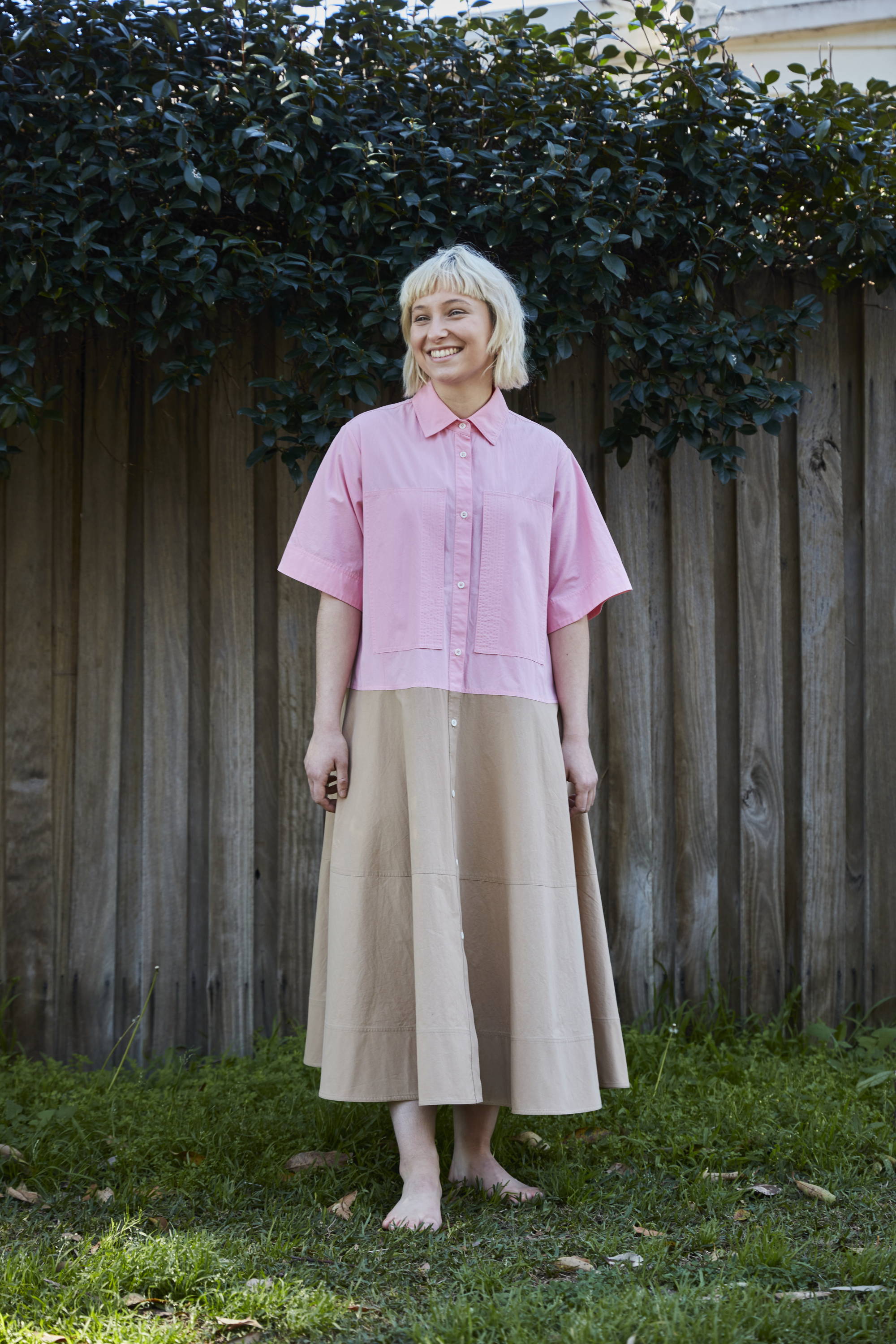 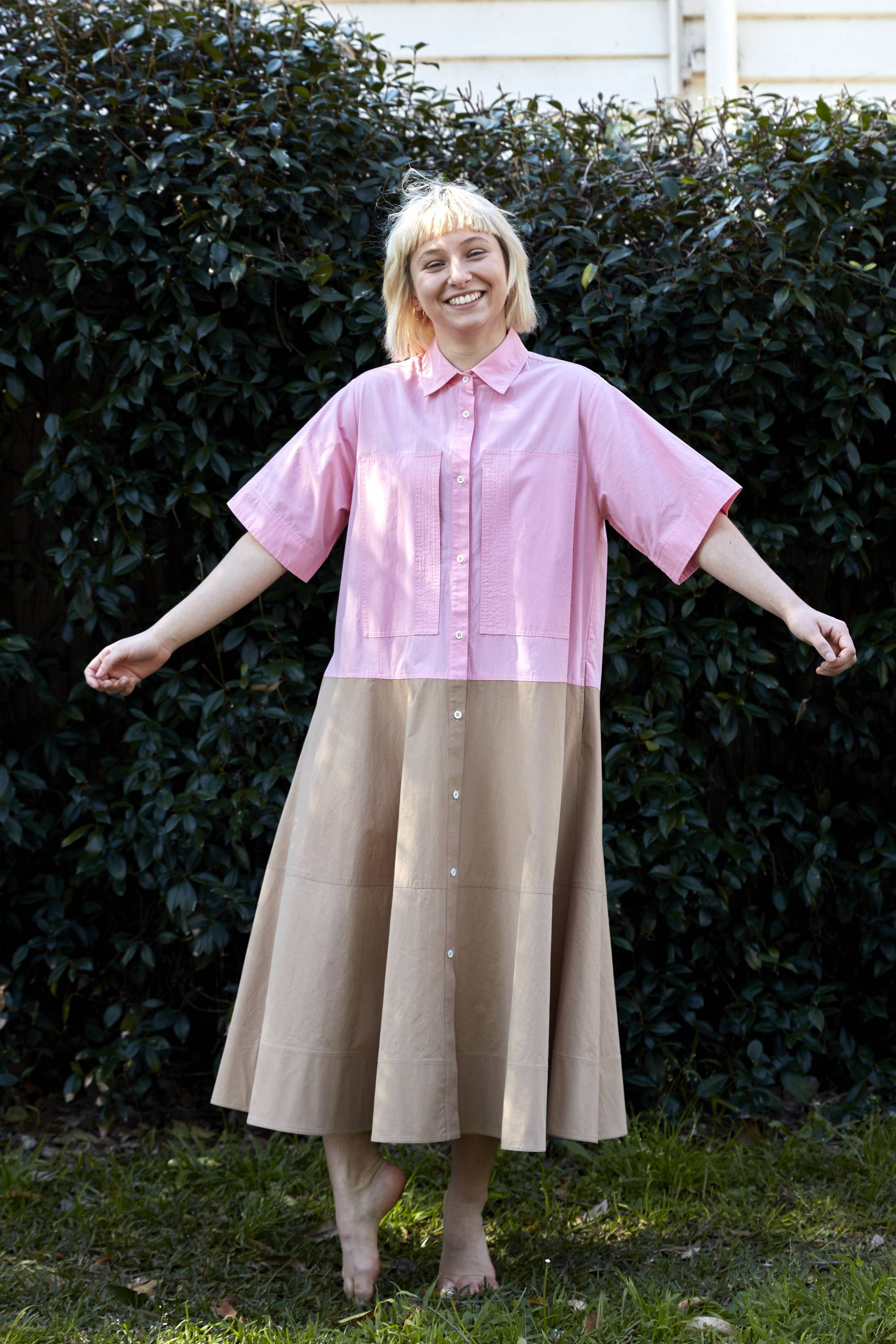 The approach by Lee Mathews to concept and direct a video couldn’t have come at a better time for Eliza as Covid 19 had seen the cancellation of her bookings in venues around Australia. “My friend, dancer and co-founder of S.X.A.E. Mitchell Christie had come back from New York and with Allie Graham, Maxine Carlisle and Emma Grill we were able to work together to produce the piece”, she says.

To kick start her imagination she started with visuals and made Pinterest boards of birds, with expressive colours and forms. “We looked at the clothes we might use and how they might be expressed – a puffed sleeve, a full skirt, a great colour – but also how they might encourage or restrict movement.” 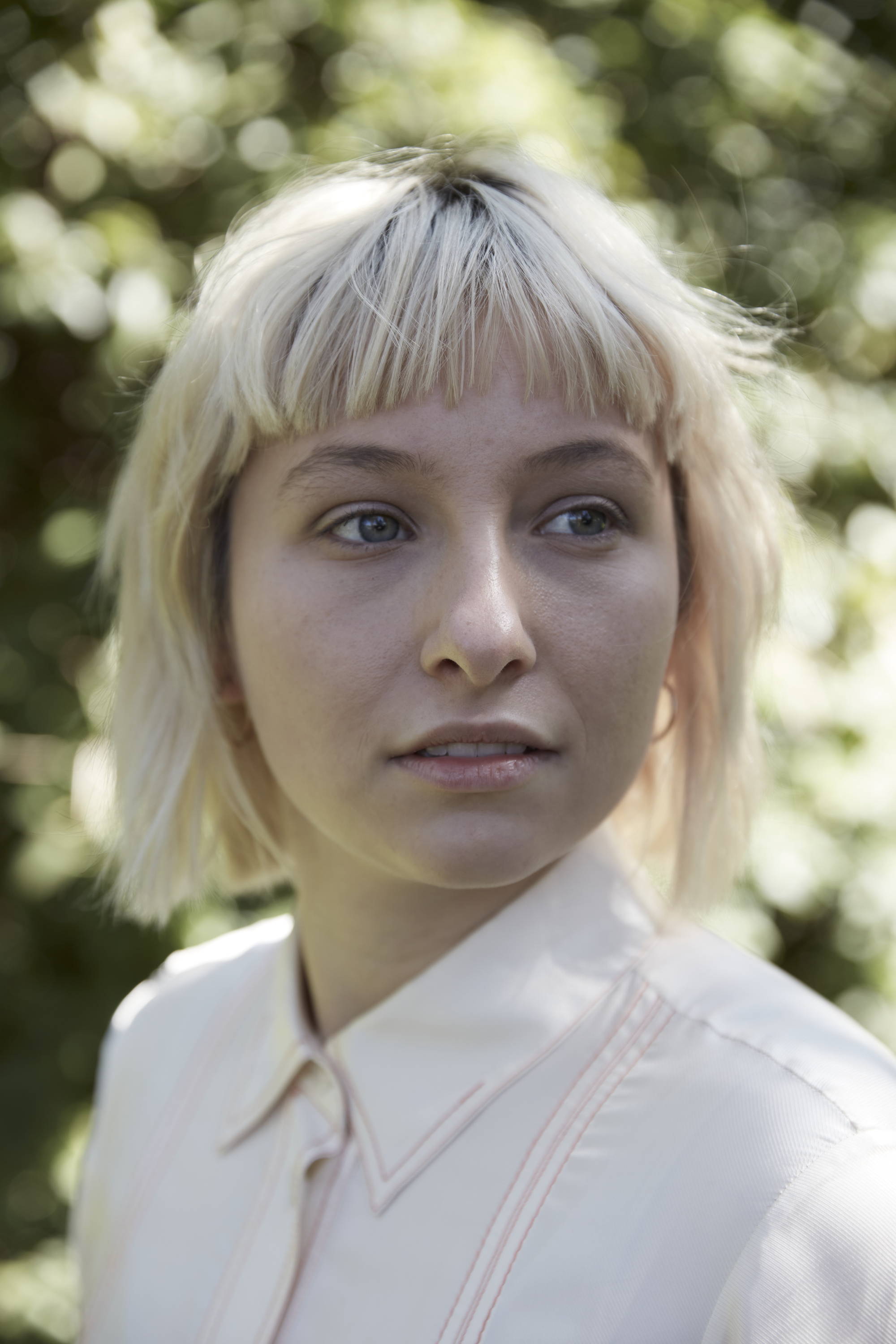 Rather than dance in the piece Eliza was directing the movement, warming the dancers up in the space, stretching, encouraging ripples in the body, and easing them into improvisation. “The videographer, Feras Shaheen, was also a hip hop dancer and together we followed and directed the movement extending a gesture or bringing attention to a hand or a particular detail.” 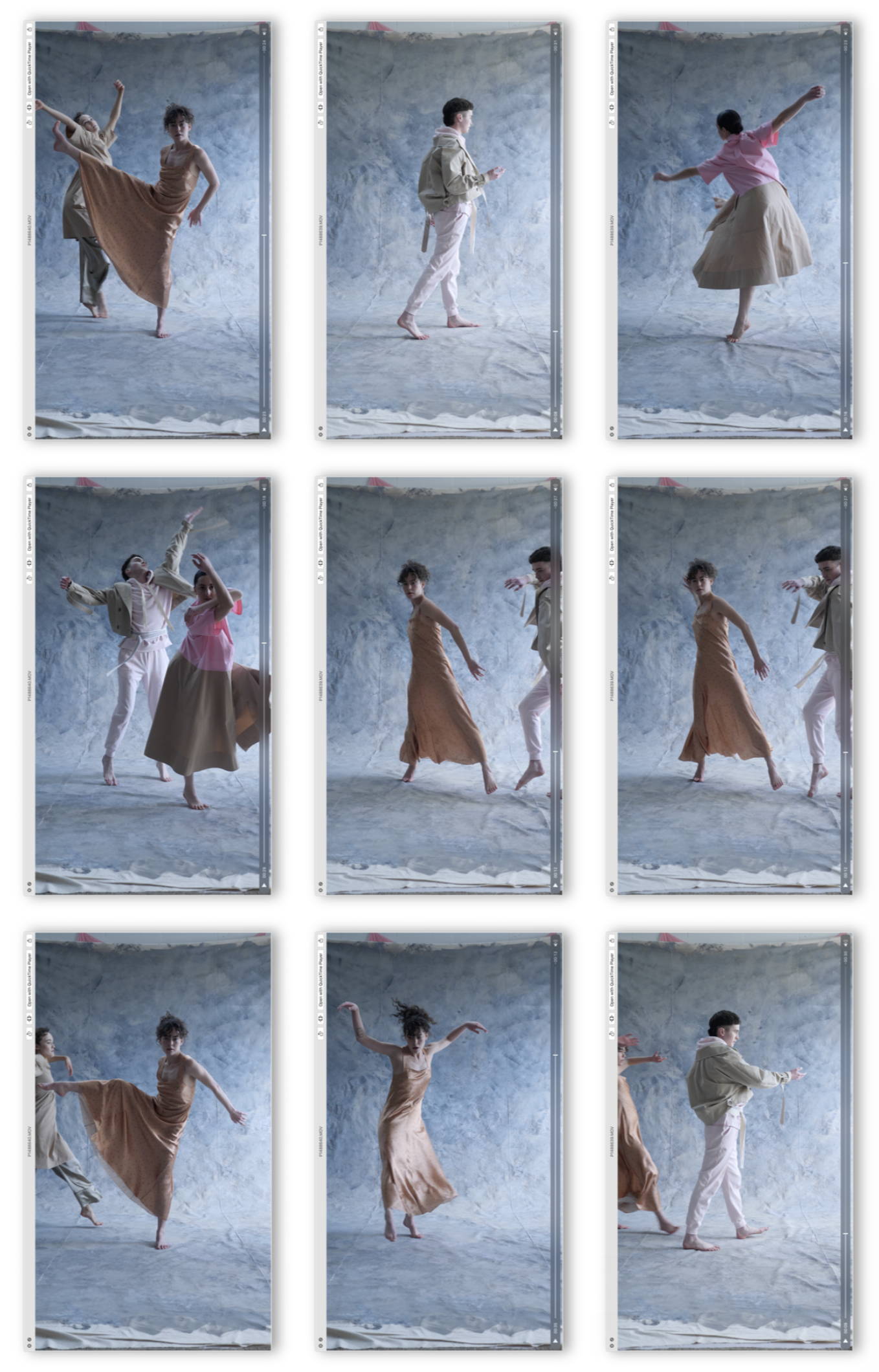 Detail is of vast importance in Eliza’s world. Like many people she has long suffered from anxiety and unlike many people she has mild Tourette’s syndrome which involves small involuntary bodily ticks, often imperceptible to all but the acute observer. “I find that total concentration on dance, that engages every part of my body is a way to have control and calm. This focus became very empowering”, she says. It also plays out her work. The sheer concentration on small movements, the shape of a hand, the soft expression of a face, the placement of feet is, for her, more important than the expansive, gesture.

There is a sense of community and joy in the outcomes. “Lee Mathews and Martyn Thompson (Creative Director) were so positive and excited by what was happening in front of the camera, how we were using backdrop and performing, through intuition and trust, that it spurned us to do our best work”, she says. Music was composed specially for the piece by Mason Peronchik to complete the video in a way that takes the expression of clothing to a new emotive place, shown through the creative lens of someone with a spirited approach and a strong sense of self, and an equally strong sense of the abilities of others.